You have been invited
to qualify for 3030X's

You have been officially invited to participate in the qualifying round of the KI-RUSH Grand Prix, the most well-known multi-planetary grand tour racing tournament in the universe.
In the KI-RUSH qualifiers, you’ll be competing against the best racer pilots and teams with the most creative and advanced technology to become number one in the galaxy.

In 2950X, My father launched a small tournament for his friends and family using a small pool of rules and a large pool of money, It pulled the fiercest most competitive racer pilots out of the underground track and onto the professional and public circuit.
It quickly gained momentum and throughout the early years became extremely prestigious and well known.
This is the tournament I’m inviting you to.
Because of your current standing and or popularity in the circuit, I've decided to put my faith and trust in your performance during the qualifiers. Taking high seat in the qualifying rounds will ensure your invitation to the 80th anniversary of my father’s tournament, The 3030X KI-RUSH Grand Prix.

I look forward to hearing from you. 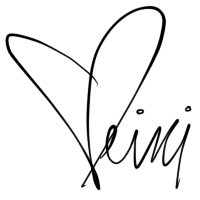 With over 20 events spanning 80 cycles, thanks to our sponsors and collaborators, we are celebrating 3030X’s KI-RUSH Grand Prix with extra events and a higher purse for the winning teams.

For this tournament the KI-RUSH has more sponsors than ever. From these groups and from the Devici wallet, the total prize purse has been the highest it’s ever been, and the highest for any racing tournament in history.

Thanks to everyone at DEVICE, our backers, our sponsors and everyone else, the total prize pool for 3030X’s KI-RUSH Grand Prix has be raised to 500,000,000.

The KI-RUSH Grand Prix is run every 4 years by the partner and sponsorship of these groups and companies:

For the 3030X Grand Prix our sponsors are:

And the KI-RUSH GP charities, to whom a portion of our proceeds go to:

Like every previous KI-RUSH, winners from previous years, and pilots and teams who performed exceptionally well in the years leading up to this years Grand Prix are selected to participate in KI-RUSH without needing to qualify. Those 8 teams automatically gain an invitation to the KI-RUSH Grand Prix tournament.

In order for you to secure your seat in 3030X’s KI-RUSH tournament and get your invitation, you’ll need to place top 24 during the qualifiers.

Your team will face off against 63 other pilots to become one of the 24 invited to the KI-RUSH Grand Prix.

For the qualifiers, you will have the option to take part in races made by us and our sponsors.
Participation and performance in these races will give you points which is how your placement is tallied in the qualifiers.
The more points you have, the higher you rank on the KI-RUSH Qualifier leader boards.
Obtain a rank in the top 24 slots at the end of the tournament to ensure an invitation to the Main Event of the KI-RUSH Grand Prix.

Be careful for counterfeit KI-RUSH banners! You will only gain points in officially approved races.

Being unable to participate in the minimum number of qualifier races automatically disqualifies you from the tournament.

There will be 32 pilots in the main event of the KI-RUSH Grand Prix. 8 pre-selected and the top 24 from the qualifiers pool.

The Main Event for the 3030X KI-RUSH Grand Prix is a Point A-to-B Marathon race on the Hewett Grand Circuit on Mars.

Founded by Quinton Hewett of Jeffersson & Hewett Co. in 3008X, the Mars race course became widely known for being the largest racecourse in the Solar system. The Hewett Grand Circuit was also a pioneer for the dense adamene circuit, which helped popularise early anti-gravity systems which during the time of early development repelled adamene.

The KI-RUSH Grand Prix has used the Hewett Grand Circuit 3 times before, more than any other course in the past 30 years. The most recent previous time being in 3022X.

These 8 Pilots have automatically made it through to the main event, and are not required to participate in the qualifier races.

After registering, your actions up until the end of the KI-RUSH tournament will play a key role to your effectiveness of participating in the Grand Prix.
Both your crew and your vehicles must maintain proper order towards the rules and guidelines.

These rules were placed here to insure fair-play and safety during the tournament and are required to be withheld. Any foul-play and illegal activity can lead to your banning from this and future tournaments.

There are strict rules regarding participating racing vehicles.
To ensure fair-play, before any race that officially appoints qualifying round points, your vehicle and your team will be evaluated and inspected.
Any hardware or software embedded in your vehicle or team will negatively effect your ranking in the tournament.

First and foremost your vehicle and gear must uphold proper safety precautions. If you lack the proper items, we will happily supply and outfit you and your team.
We freely offer the latest publicly available technology for you to install in your vehicle from DEVICE Enterprise and associated KI-RUSH partners to any participating team:

Most devices made to harass other pilots and their vehicles are still prohibited for usage during the KI-RUSH Grand Prix and using them can incur time penalties or disqualifications.

Despite the controversy early this year regarding the LightWIP, we have permitted its usage during the tournament.

Activating full flight systems during races incurs time penalties during races.
Vehicles using hover and Anti-Grav™ systems are not permitted for a stable lift over 32cm.
Outdated sonar systems from before 3025X must use legal FIV-A frequencies due to comm and Anti-Grav™ interference issues on the Adamene race circuits.

Jump systems are as always permitted for usage during KI-RUSH.

FIV-AR approved boosters are permitted during KI-RUSH.
For a list of the approved energy boost systems, check here or call our help line.

The pilot or pilots are represented as the owners of their team. They may appoint or have a seperate manager from their team. Any roster changes must be approved by an administrator.

You cannot register someone who is representing another team in the KI-RUSH Grand Prix.

For the KI-RUSH Grand Prix we use standard racing team rules with the exception of having up to a total of 16 members of a team as opposed to the racing standard of 12.
If your vehicle requires more pilots, you will need to request inspection and approval from an official KI-RUSH event administrator. You can not have more than 4 pilots per vehicle.
Any unfilled spots in your team can be filled with any number of engineers/technicians, coordinators, and any other approved role.

Each pilot must have a valid FIV-AR racing license in order to pilot a vehicle for the KI-RUSH tournament.

For further information, or to contact an official, call our direct line (XYSZYS) 00-KIRUSH.DEVICE

By participating in KI-RUSH and the approved qualifying races you accept these terms and conditions created for the KI-RUSH 3030X Grand Prix by DEVICE Enterprise.

In order to complete your registration into 3030X’s KI-RUSH Grand Prix, you’ll need to complete and send your application back to DEVICE Enterprise headquarters.

After you officially accept our offer into the Grand Prix, we the staff of the KI-RUSH 3030X Grand Prix will send you this year’s complete rule manual,  and 3030X’s official KI-RUSH team kit.

Accept and register your teamDecline invitation